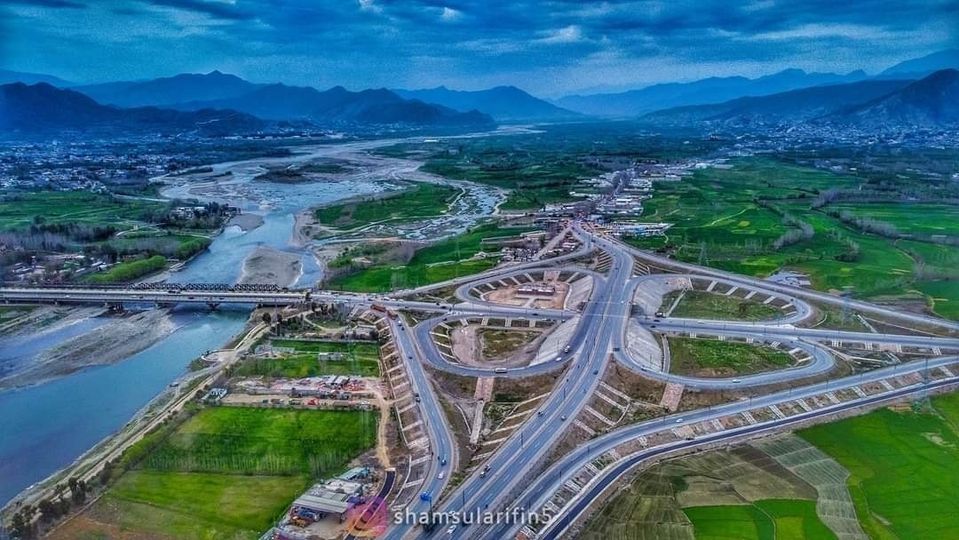 Every year tourists spend money and time visiting places of wonder in Pakistan. Most Pakistani tourists and common people visit KPK often to explore the tradition of people living in  Kelash Chitral, to adventure the giant icy mountains of Himalaya and Kura Kuram range in Gilgit Baltistan, and sometimes to tour paradise-like valleys of Naraan Kaghaan and Kumrat.

In terms of tourism, Swat valley is one of a kind which is known as the “Switzerland” of Pakistan. Swat valley is famous for its natural beauty, fine arts, Buddhist monasteries and stupas, waterfalls, lakes, green mountains, icy hilltops of the Hindu Kush range, and lush green sites.

Swat valley is located in the Malakand Division of Khyber Pakhtun Khwa, Pakistan. Its total area is 5,337 km square. According to the National Census 2017, Swat valley holds a population of 2,309,570. Its history can be traced back about 2000 years old. At first, Swat was called “Udyana”. Later on, it changed to Suvastu and then gradually to Swat. it was first conquered by Mahmood Ghaznavi in the game of power and acquiring lands. This battle ended when the Yousafzai tribe of Afghanistan took over the Swat valley. Since then, the Yousafzais have been remained dominant in this valley.

The majority of the population living in this valley are Muslims and speak Pashtu Language. However, nowadays local people can speak Urdu and English too. Swat is considered the most peaceful place for tourists as the locals are extremely humble and friendly to foreigners. This peace was disrupted in times of the Taliban and Pak Army crisis in 2008. However, the Pak Army handled the situation and put an end to this crisis in 2012, and peace was established once again in the valley.

Swat valley is one the most visited areas in Pakistan by tourists once again after the Taliban crisis. Its elevated landscapes, lush green forests, meadows, blue lakes, flowing crystalline streams, and amazing waterfalls prove its natural beauty. Moreover, fours seasons bloom to their fullest each year in Swat. The most pleasant season in this valley is the spring season making it the valley of flowers. Swat valley welcomes tourists from March till October. The Winter season is extremely cold and icy. Tourists often find it hard to visit this valley in winter.

Monasteries and Stupas of Bhudhists in Swat:

Swat valley is also considered the main hub for Buddhism. According to the history of Swat, it is said that in times of Buddhism, Budha himself came to this valley for preaching. During the Buddhism age, about 1400 monasteries were built and flourished consisting of 6,000 gold sketches of the Buddhist religion. The engravings of Budha can be seen here on pictures, walls, and rocks in various monasteries.

Almighty Allah has blessed Swat with numerous natural beauty. There are many attractions for tourists in this valley. The most famous scenic places of this valley are:

Saidu Sharif is the capital of Swat. It’s the place to visit for a tourist in Swat. This city (Saidu Sharif) is named after a pious man Saidu Baba. A Masjid is also built in this city named Masjid-e- Saidu Baba. People from all over the country visit this Masjid for its glory and expertise of architecture which is built with white stones and marbles mined from this city.

Swat Museum is located between Saidu Sharif and Mingora near the District Commissioner’salongside office. The glory of this valley is preserved in this Museum. The ancient antiques of Swat are showcased here. Masterpiece wooden articles, swords, battle dresses, ancient jewelry of this region are kept safe in this Museum.

White Palace is located in Marghazar at the foot of Mount Illam. As the name stands for White Palace is a residential place built with flashing white marble by Wali-e- Swat (King of Swat)  Miangul Abdul Wadood in 1940 before the partition of the Indian subcontinent.

Fizagat is another beautiful spot for tourists located near the Swat river. There are several beautiful parks alongside the bank of the Swat river providing a pleasant and refreshing place for a picnic and recreational activities.

Malam Jabba has located about 51 km from Saidu Sharifa a towards the northeast on the top of Hindu Kuch mountain range. It is 8,700 feet above sea level. Malam Jabba holds a ski resort at the height of 2,804 meters with ski slope of 800 meters.

Kalam is the most rushed tourist valley in Swat. it is located about 100 km from Saidu Sharif towards northern upper Swat. Kalam is famous for its poplar jungle alongside the piercing river of swat. Tourists from all over Pakistan visit Kalam for its pleasant cold weather in summer and greenery.  Almost all types of facilities are provided in Kalam.

The word Gabin Jabba means honey marshes. Gabin Jabba has located about 66 km from Mingora on Matta road. It is an elevated part in the middle of tall green mountains with numerous vast meadows. Local and outside tourists visit Gabin Jabba for picnics to enjoy their picnic in such a lush green environment with fresh air. Tents are provided here with mattresses and blankets for spending the night.

It lies in the Mahodand another valley which is about 12 km away from Ushu in the North of Kalam. Mahodand covers a wide area and touches the boundary of Chitral to the extreme north region. The word  Mahodand (Pashto word) means Lake of fish. This beautiful lake flows like a sky stream. It appears extremely blue with lush green plane grounds in the middle of glacial mountains. It is also called “The home of trouts” as it is famous for trout fish. Tourists do trout fishing only by having a PTDC permit provided in Kalam. Boats are also available for rent.

There are several local hotels and restaurants providing accommodation and food facilities for tourists.  There are no words to capture the beauty of the view of this lake. Moreover, there are beautiful waterfalls in this vicinity. Apart from its beauty and trout fish, there is a wonderful spring known as “The Spring of Healing”.  People from all over the country visit Mahodand to bathe by the water of this spring. It is believed that the water of this spring can heal certain diseases.

It is another beautiful lake on the upper side of Kalam in Ladu valley which can be accessed through Utror. Kundal lake can reached only by a 4×4 vehicle or by hiking. Tourists take tents and food as there are no facilities of food and accommodation. However, its beauty is worth the effort.

The word Khapiro (Pashto word) means Pari (Urdu). It is believed and said by the locals that fairies live in this lake. Khapiro lake lies to North East of Utror valley.  It is located in the foothills of the highest mountains on the Utror range. The way to this lake is extremely sharp. Tourists are mostly attracted by the view of the lake and its surrounding as it is surrounded by flowers and lush green meadows.

The valley of Swat is God gifted valley with numerous beatuty. It holds some of the most beautiful places, mountains, meadows, lakes, streams, and waterfalls of Pakistan. Swat valley provides a warm and heart touching landscape for tourists as well as the locals.

The fertile land of Swat has produced yet another jewel as the valley boasts off by the first woman surgeon in the region.