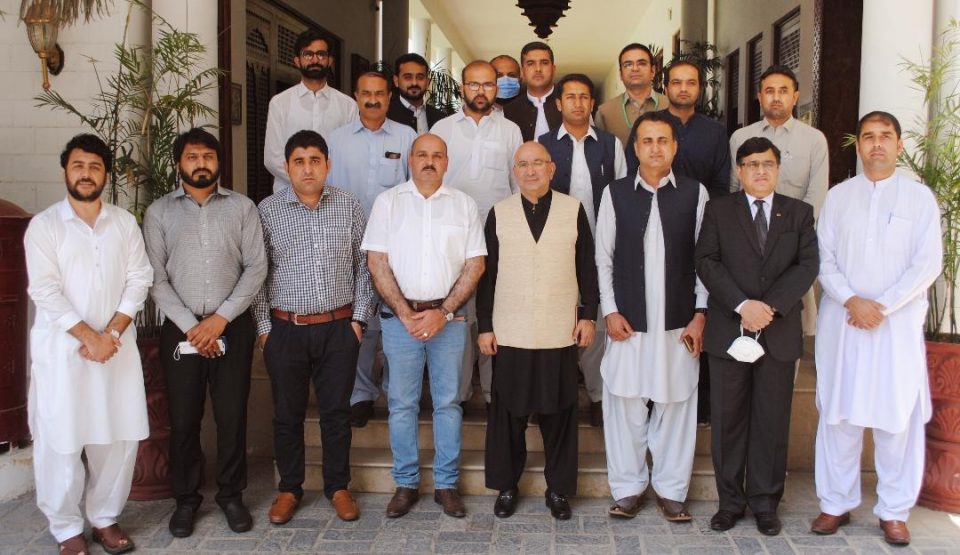 By Adnan Bacha
Swat: Commissioner Malakand Division Syed Zaheer-ul-Islam while addressing the awareness session on Food Safety Day here on Monday.
Commissioner Malakand said that the role of local food businessmen are very important in terms of food safety. The health of the people is directly related to the manufacturing and sale of food items.
He said that as the world moves towards specialization in various fields, similarly, restructuring and capacity building of institutions is a matter of urgency.
He added that Khyber Pakhtunkhwa Food Safety and Halal Food Authority over the past five years has improved food safety matters in the Province. The cooperation of business people with the Food Authority in this regard is ideal and this partnership should continue. More awareness on food safety is needed and the use of modern technology to monitor food-related business is need of the hour
Concerning International Food Safety Day Food Authority Swat organized a Food Safety Awareness Session for Businessmen and Media in Swat in which Commissioner Malakand Division Syed Zaheer-ul-Islam participated.
In his address to the gathering, he said that food safety is a collective responsibility and this responsibility is equally imposed on the people and food businessmen.
He recalled that legislation for food safety was enacted in Khyber Pakhtunkhwa in 2014 and in 2016 the Authority was established and today the Food Authority has become a strong institution by expanding its scope and capacity.
He said that the training of food-related professionals and businessmen has further improved the quality of food safety.
Addressing the awareness session, District Director, Agriculture Extension Dr. Adalat Khan said that there was a need for awareness about the medicines used for the production of agricultural commodities and fruits. One can protect oneself from harmful effects of the medicines used in agriculture production through awareness, he said.
Deputy Director Food Authority Swat Asad Qasim gave a special briefing to the participants on the role of food safety and authority. He said that more than 8000 food-related businesses have been geo-tagged in Malakand Division using modern technology which has made it easier to monitor food-related businesses.
He said that more than three thousand awareness sessions have been organized and this is continuing daily.
Asad Qasim said that one out of every 10 people in the world is getting sick due to substandard food and this rate is highest among children, substandard food impacts children, pregnant women, and elderly people the most.
The Food Safety Authority has launched a special awareness campaign to prevent people from getting sick by creating food awareness.
At the end of the session, certificates of appreciation were distributed among the food-related businessmen.